Producing In the Drink - a short film

In 2019 I because the producer on the student film In the Drink. Directed by fellow student Ashley Henry. As the producer I was responsible for a number of tasks during the production of the film. First of all of was in charge of the project management. We had ten animators working on the project by the time we complete the final film with a total of 64 shots excluding the credits. To keep track of all these I organised the use of a scheduling tool called Monday.com, this allowed us to organise all our work into stages, such as the rough animation, cleans and colour and comment on each scene as it was updated. It also allowed me to easily keep track artists work as it was completed.

As the production progressed I began completing more tasks to make sure we continued to progress within the time frame. By the end of production I had taken on the roles of: rough and clean animator, colour artists. I also helped in the creation of the artwork for our two posters, created an animated poster, created 3D water simulations using Cinema 4D to composite into over 45 shots, edited the movie together. composited a number of shots together in after effects and synced up sound files that were provided to use by our sound editor.

The project took over 9 months to complete and end with the creation of a 4:30min long film.

Below is the base image used to produce one of the two posters that were created for In the Drink. This image was created using Maya and rendered with Arnold. I created this to work out the composition of the poster as well as to help facilitate creating the objects in the scene without having to worry about drawing the perspective correctly. This image was then passed on to Ashley Henry who used the image to create a '2D' looking poster which can be seen further down. 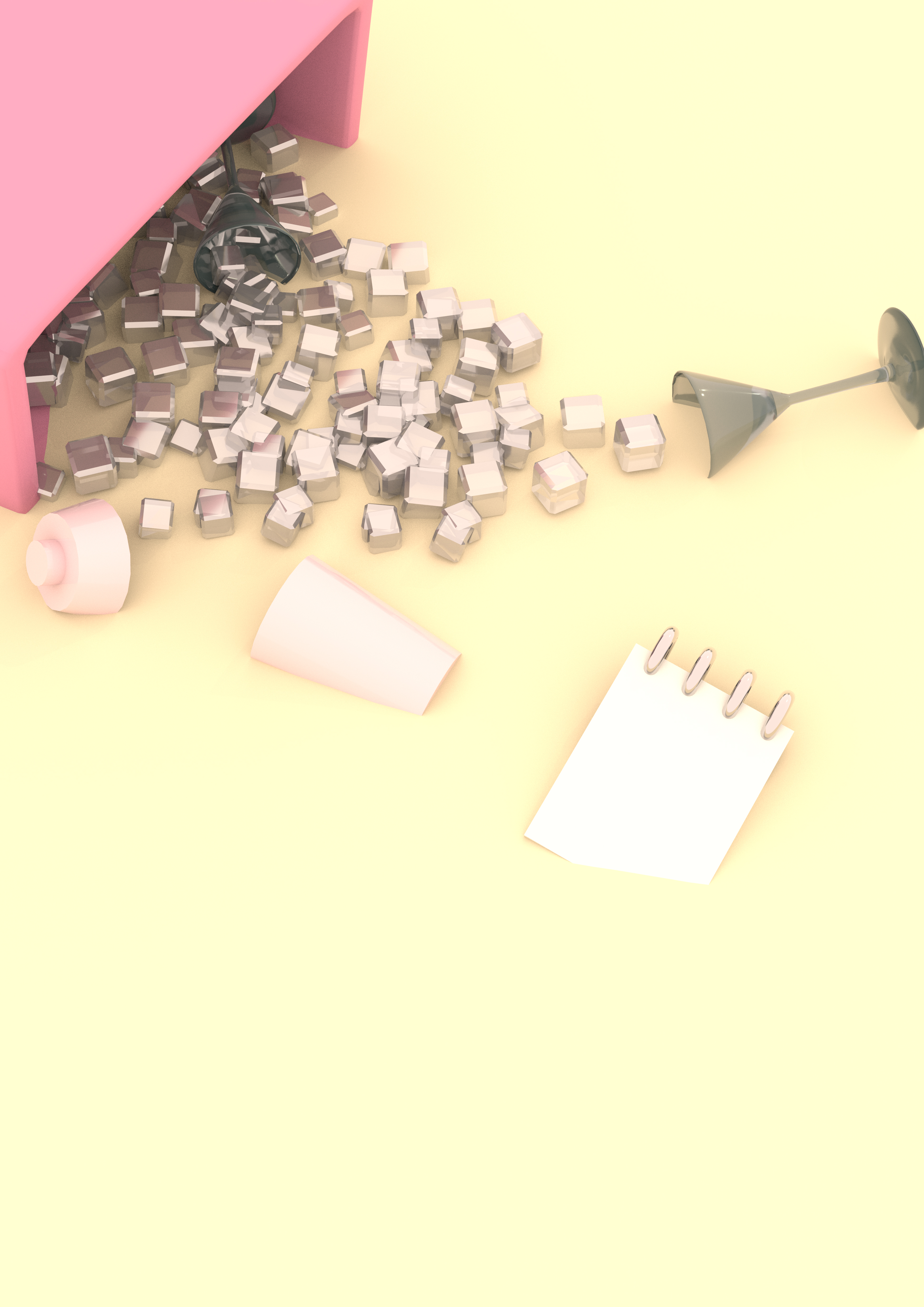 Below is the final version of the poster. I was responsible for creating the 3D underlay as well as the credits shown at the bottom of the poster. Ashley Henry created the water and 2D painted effects that can be seen in comparison to the image above. 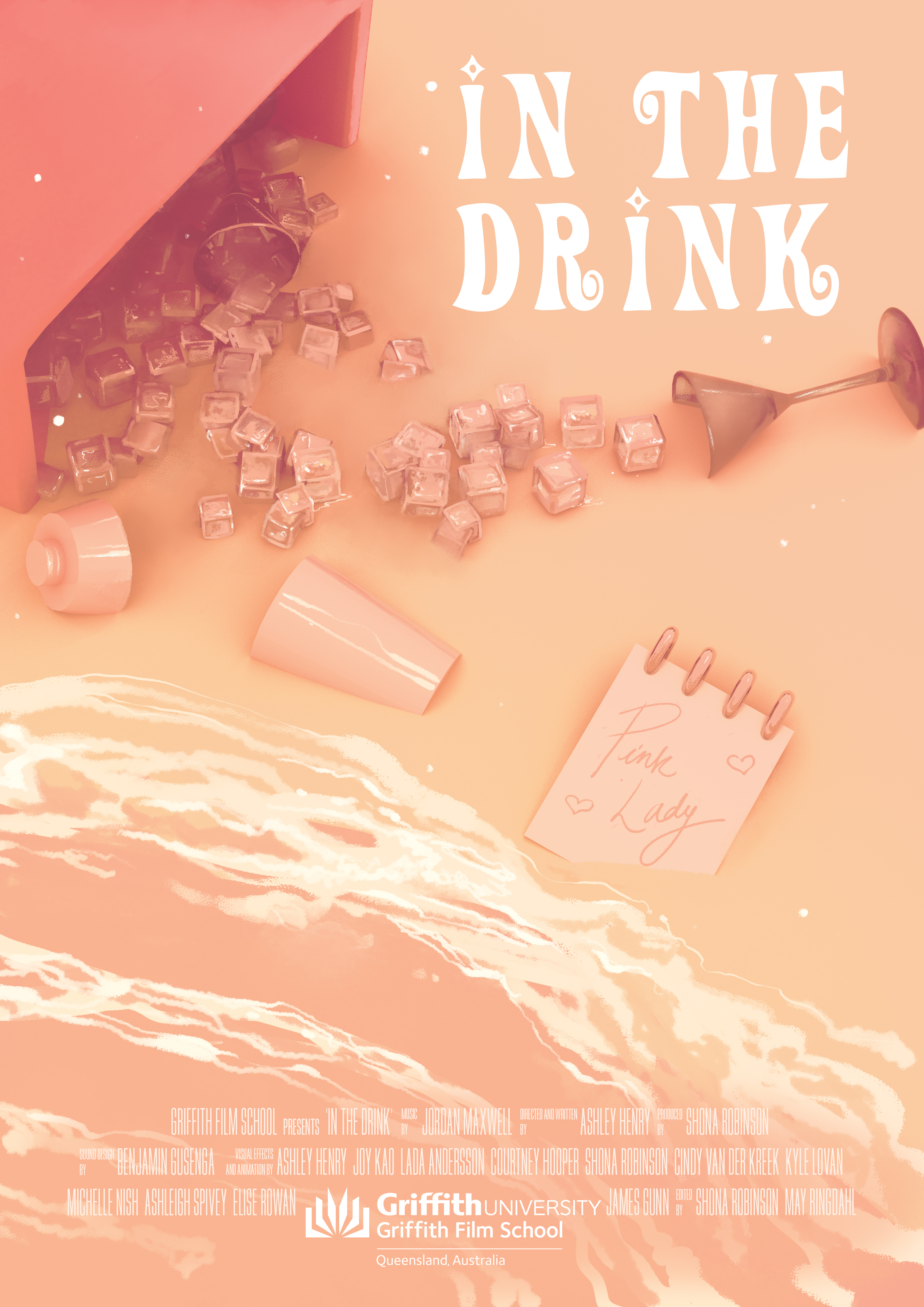 This is an animated version of the second poster that was produced. The animation and water were created by myself and the art work was done by Ashley Henry.